For my thesis project I am investigating a network of German covid-deniers and conspiracy theorists, and more specifically their use of the communication platform Telegram. 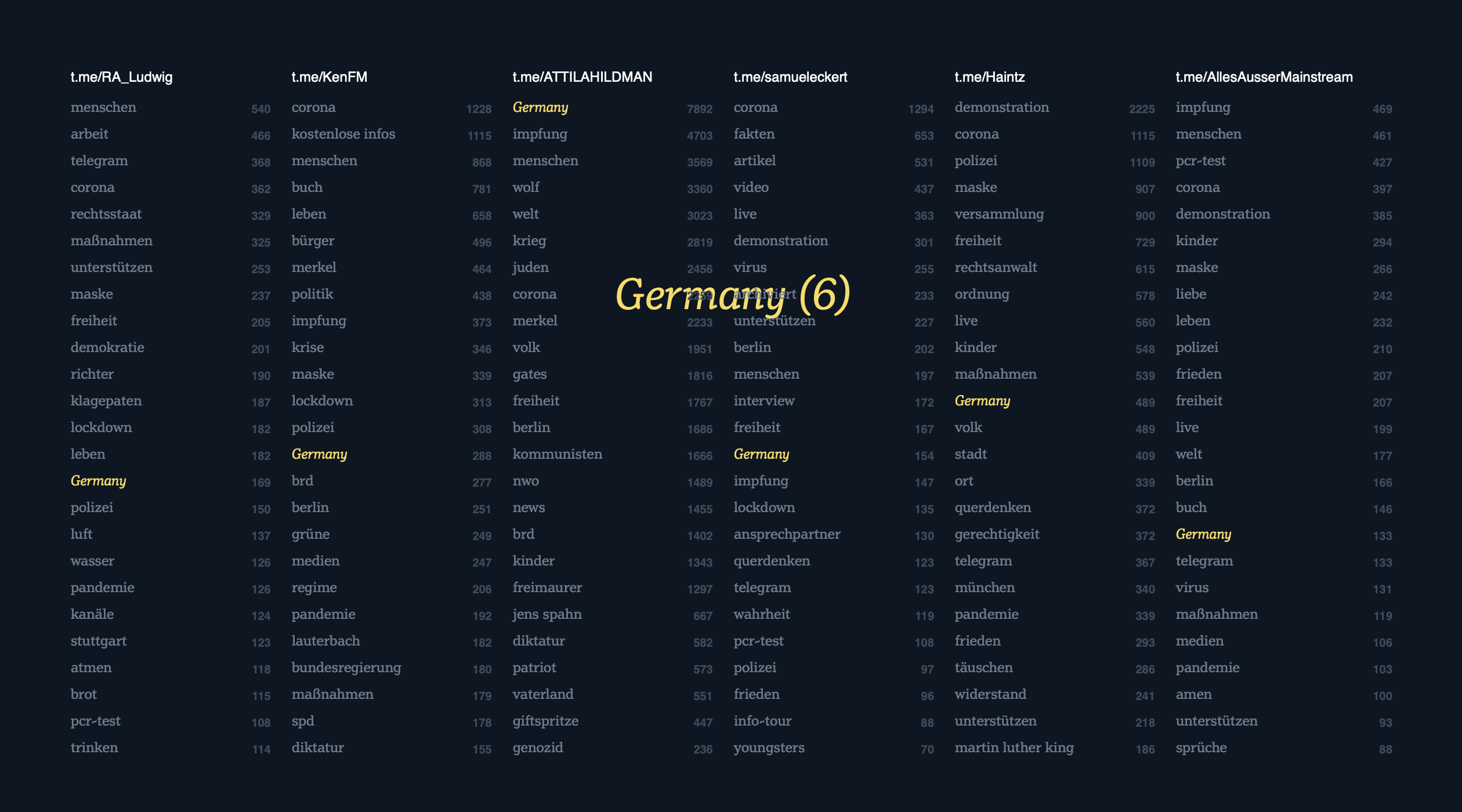 Querdenken (— 'lateral thinking') had its first appearance in March 2020, in Stuttgart, close to my hometown. The initiative was born out of rising discontent with how the German Government was responding to the Covid-19 crisis. Within months the group grew into the thousands, attracting people from both fringes of the political spectrum and virtually all parts of society — all united in the paranoid belief that elites are imposing an oppressive 'corona dictatorship' on the public.

While over the year physical protests have become smaller and public discourse around the group has become more quiet, skepticism and distrust within the milieu remain — and their online community today is active as ever before.
‍
Social media has greatly aided the expansion of Querdenken, whose digital platform of choice is Telegram. In its channels' closed environments, the movement organizes physical gatherings and recruits a following by spreading misinformation and conspiracy theories. Hoping to learn more about Querdenken’s members, their beliefs and agendas, I spent the winter semester observing 49 channels, whom I had identified as the milieu's main instigators.
‍ 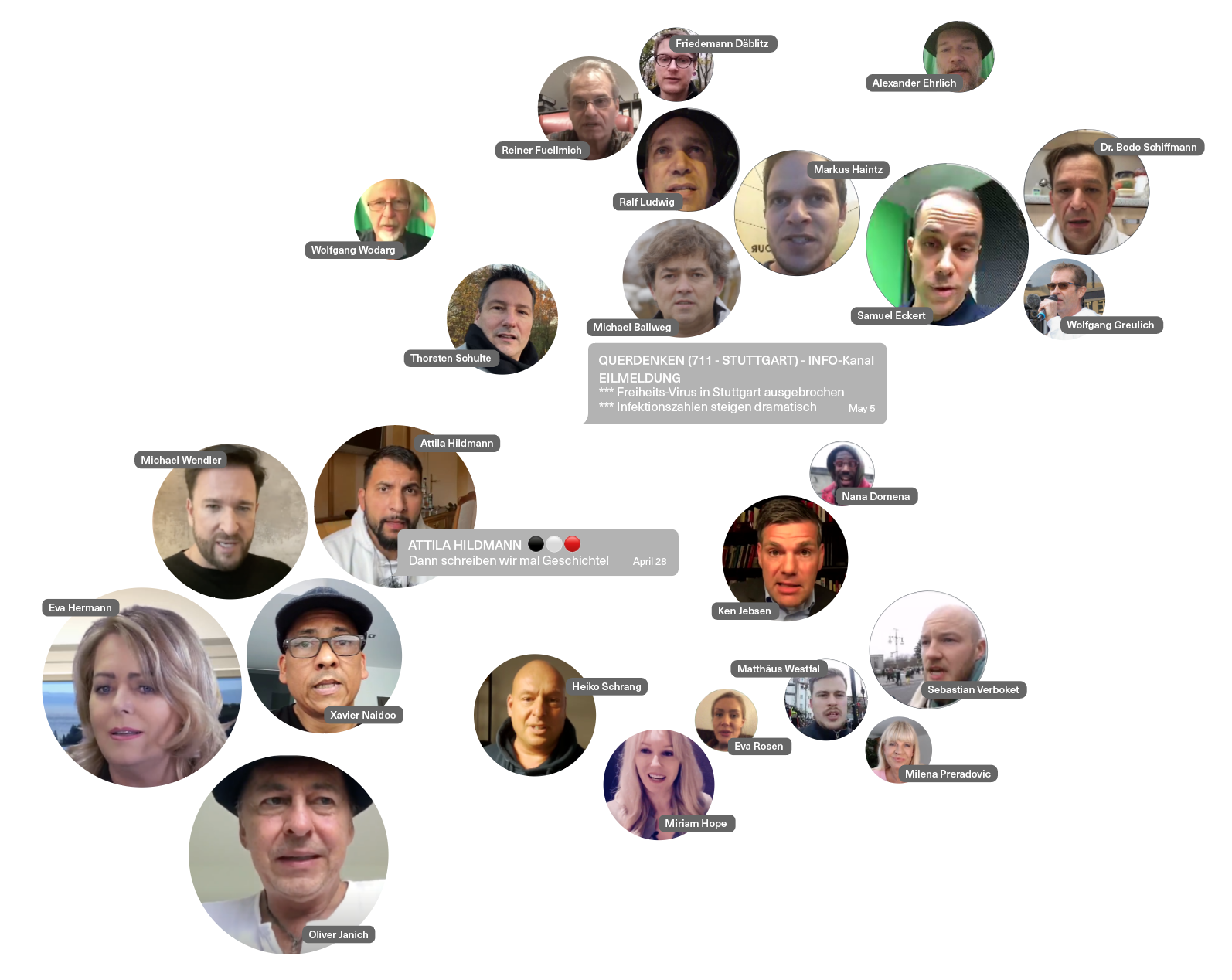